I’m nearing the end of my current manuscript. This is a very good and very bad thing. It’s good, because this book is what I affectionately call Garrett’s Book. I’ll let you know the real title in a month or so once it’s been finalized. And it’s bad because while this book has been great fun, it has also been a huge pain in the butt. Garrett Jamieson is a handful and he needs a strong girl who can handle him. I love this story and those who have had a coveted sneak peek have loved it too, but it’s not done. It’s close. It’s painfully close, but I’m struggling with a couple of sections. 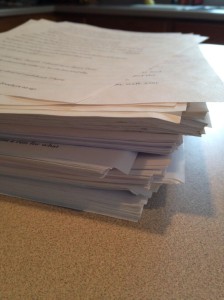 So what do I do? I procrastinate. This book is due to my editor in a matter of weeks. A lot needs to happen in those weeks, but instead of trying to churn out these challenging scenes, I’m avoiding. Don’t let anyone ever kid you, writing is hard! Sure, sometimes it’s an absolute blast and taking pictures of my books in bookstores is awesome, but trying to fix plots and make sure this book stands up to reader expectations can make me want to run away screaming and get a job at Walmart. Okay, not that bad, but close.

Once I get those elusive scenes nailed down, I need to go through the book a few more times to fix really important things like the heroine’s last name. I don’t like what I gave her. It’s boring. She needs a kick-butt name, but I haven’t figured out what it is. And I have to decide if she has one of those little diamond nose studs. Does she like tattoos? Does she have any? So far no, but maybe she needs one. Should the receptionist be named Tara or Maya. I have her both ways, which will really confuse readers, so I need to settle on one. And then I need to fix some of the band names I made up. When I’m stuck with things like this, I might make something up or ask readers on my Facebook page for suggestions. One reader gave me the band name idea of Origami Frogs. It’s hilarious, but I don’t know that it will make the final cut. Sorry.

My most often asked question is will Garrett get a book. Yes, he will. He is. But it’s not quite done. It’s close. And now, maybe I’ll go find something to eat, or paint my toe nails, or stare out the window and wonder if the snow will ever melt.

1 thought on “Life of a Writer – Procrastination” 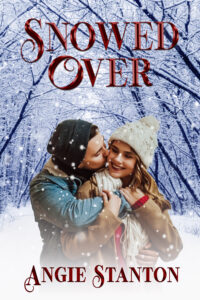