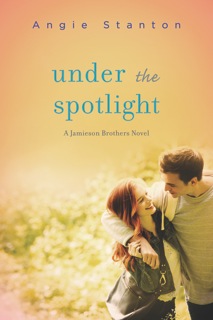 Only one week until release day! Here’s another sneak peek for you.

Nikolai opened his eyes, chilled, as a cloud blocked out the sun. Next to him, Becca slept, her hand curled in his. She smiled in relaxed slumber.

He gently released her hand and looked around. A couple of people lounged on the distant beach and a lone man sat in the sand with a camera aimed straight at him. The hairs on the back of his neck stood up.

Nikolai turned his back to the beach and nudged her. “Becca!”

“There’s a guy on the beach and I’m pretty sure he’s taking our picture.”

Her eyes sprang open. “What?” She sat up and spotted the man. “You think he’s paparazzi?”

“It sure isn’t a random tourist aiming a long lens at us. How the hell did he know I was here?” Nikolai slid on his shorts.

“Oh crud.” Becca grabbed her clothes and quickly pulled them on. “You think he’s been taking pictures of us sleeping?”

“That and more. Lord only knows how long he’s been here.” He didn’t notice him when they were in the water, but that didn’t mean he hadn’t been lurking in the trees, snapping pictures.

Nikolai stuffed their leftover lunch items into his backpack. How did this camera-wielding jerk find him?

Dressed, with everything packed up, they headed for the motorbike. Their path unfortunately forced them to pass the creep with the camera. Nikolai pulled his baseball cap low and hid behind his sunglasses. He led the way with Becca’s hand firmly in his.

“Prince Nikolai, why did you run from the palace?” The photographer, a short, heavyset man with cameras strapped across his chest moved closer.

Nikolai picked up the pace, but the man stayed with them, walking backward and snapping pictures. This was no official appearance where Nikolai owed the press a friendly smile and kind word.

“Do your parents know where you are?”

“Your friend is beautiful. Is she the reason you fled? What’s her name?”

Nikolai bristled and fought the urge to shove the man to the ground and bust his camera. He glanced at Becca, her face pink with embarrassment. She didn’t need to be targeted by this oily loser.

“Have you heard that your sister, Princess Alexi, has gone missing?”

Nikolai hesitated for an instant, but then hurried on. The man was lying. He was sure of it, and he wouldn’t let this vile intruder ruin their day.

They reached the bike. He hurried and strapped on the pack and hopped on. Becca climbed up, hugging him from behind. Nikolai liked the feel of her body secure against his. It made him feel better able to protect her.

The photographer kept snapping pictures and wouldn’t back off. “There are rumors that you have renounced the throne,” he baited.

Nikolai stiffened, but didn’t give him the satisfaction of a reaction. He started the engine.

“Where are you going next?”

“Wouldn’t you like to know?” Nikolai grinned, revved the engine, and spun gravel as they raced away.

Three weeks until release day! Here’s a sneak peek at Becca and Nikolai at a lake in Germany on a hot day.

The hot sun burned down on Becca. “The lake is so clear I can see all the way to the bottom. I wish I’d worn my swimsuit.”

“You could . . . you know,” Nikolai said suggestively, looking at her shirt.

“I am not skinny-dipping, so you can wipe that idea from your mind right now.”

“Look who’s jumping to conclusions. I wasn’t suggesting you skinny-dip.” He delivered a sly grin. “What I was about to say is that you could swim in your underwear.”

“Ut.”He held up a finger. “Let me finish. Your underwear probably covers you more than your bathing suit anyway.”

Becca opened her mouth to speak, but then changed her mind. She knew he was secretly laughing at her.

“What? It’s a great idea.” He smiled devilishly.

“So, you’re saying you’d strip down to your undies, right here, in broad daylight.”

Nikolai stood and reached between his shoulders, pulled his T-shirt over his head, and dropped it at her feet. “You Americans are so uptight about your bodies.”

Becca stared at his strong arms, lean physique, and flat stomach. He began to unbutton his shorts.

Her jaw opened. She wanted to tell him to stop, but even more, she wanted to see if he’d actually drop his drawers in front of her. 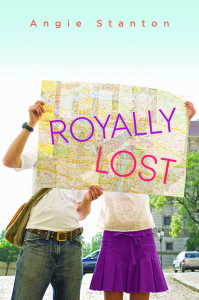