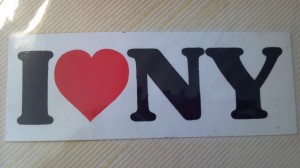 Next week I’ll be traveling to New York City to meet with my agent one day and with my team at HarperCollins on the next. I’m so excited as I’ve been working with people I’ve never met and I always feel that knowing someone in person is best.

New York City is one of my favorite places. When I was seventeen I spent a summer with my friend Sue who lived nearby in Parsippany, New Jersey. Her mom took us to the city several times that summer and more specifically to Broadway. 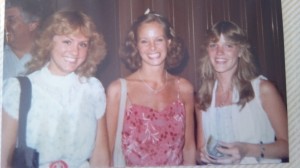 Sue, a girl from the show, and me!

My first Broadway shows that summer were A Chorus Line and 42nd Street. After the shows we raced to the stage door like Midwest fan girls, took pictures and begged for autographs. It remains a favorite memory. 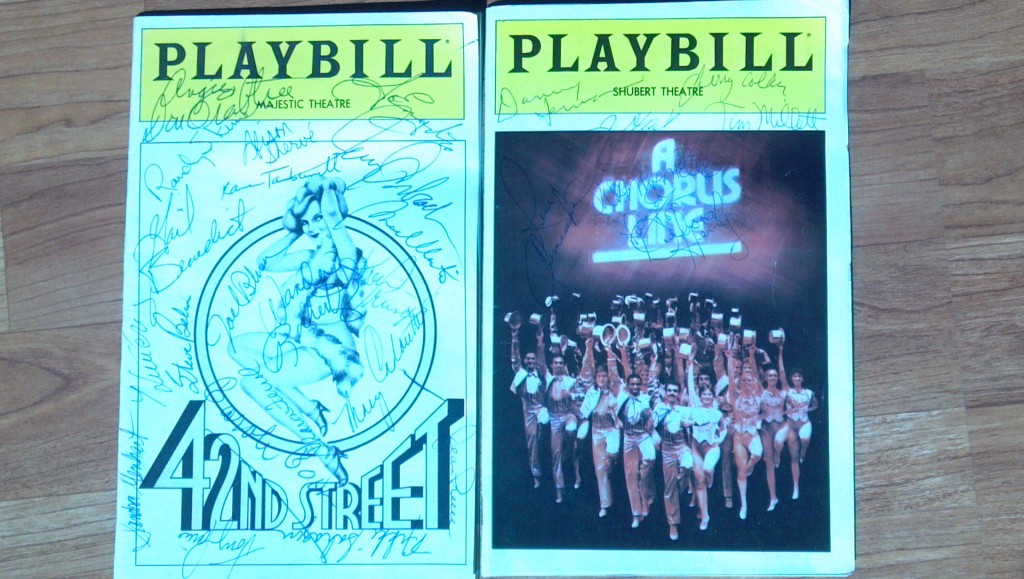 Over the years I occasionally dig those programs out and take a peek. While I haven’t saved all my programs, here is a lovely selection. Even though there are duplicate programs, they are all from separate viewings. 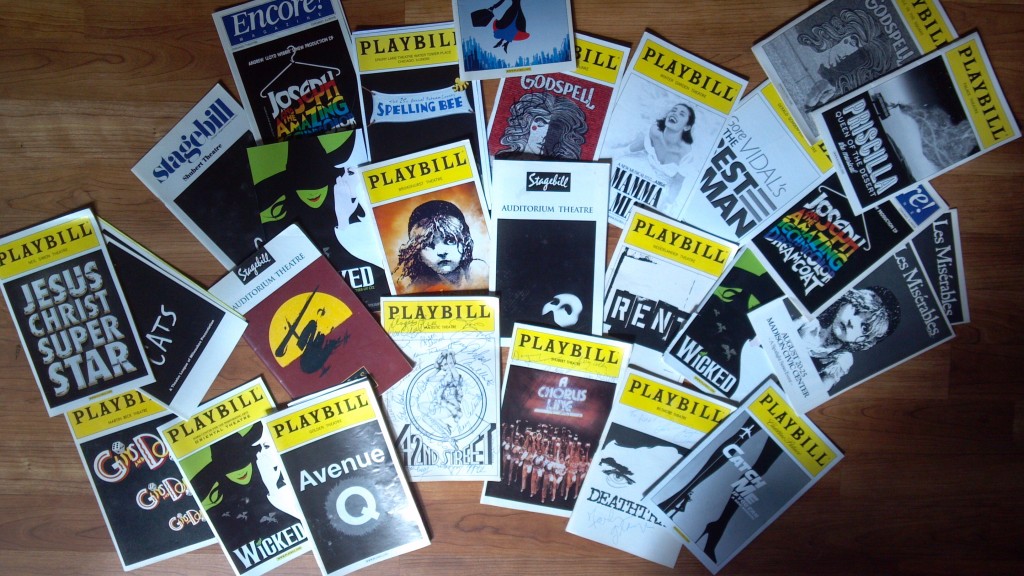 Clearly, I love Broadway shows. I’ve compiled a list of the shows I’ve seen. At least the ones I remember. These shows were all either on Broadway or Broadway touring casts in Chicago or Madison.

I love to try to figure out if I’ve seen the same actors in lots of shows. Turns out I’ve seen John Larroquette in two shows and Telly Leung in three. I saw Telly as Boc in Wicked – Chicago, in Rent, and in Godspell. Telly has also appeared on Glee.

So what do I want to see when I go to NY? Everything! Actually I’d love to see Pippin, Newsies and maybe Once. Repeats I’d like to see? Definitely Rock of Ages.